How To Take Down A Ceiling Fan 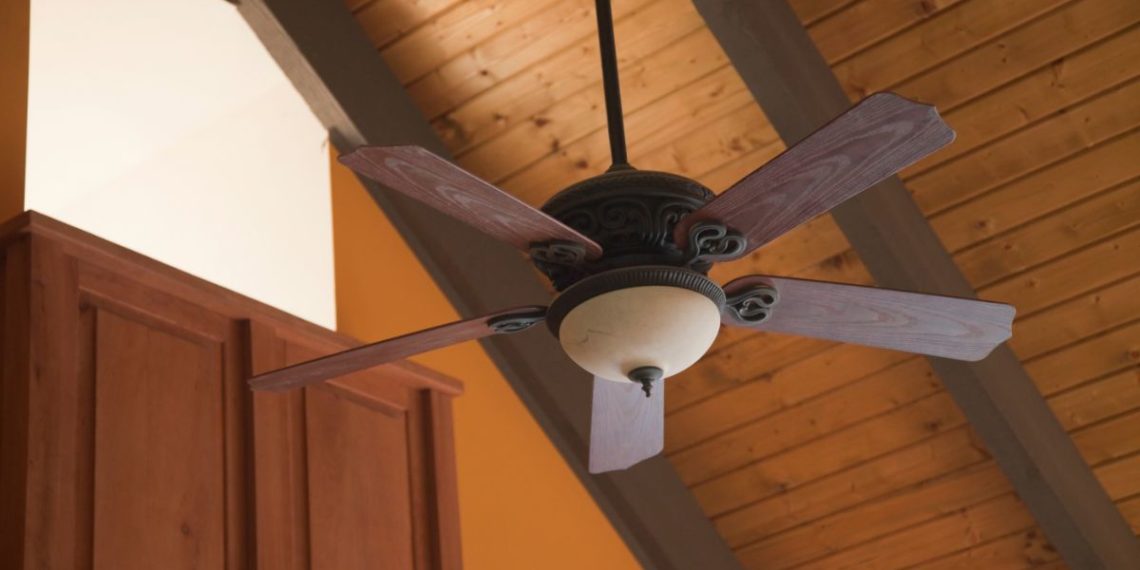 Do you want to remove, or replace, your old ceiling fan? In this article, we have listed two simple step-by-step guides on how you can do so yourself.

This is a simple task that anyone can perform in their own homes, providing that they have a ladder and a screwdriver on hand.

Note: It is important to remember that, before attempting to remove any kind of ceiling fan, that you have already turned off the power from the main source. If you don’t, you risk posing a safety risk to yourself, or to whoever will be removing the fan.

How To Remove A Ball In Socket Styled Ceiling Fan

You should confirm that you are working with this type of fan before starting this approach.

The frame of these particular fans descends slightly below the ceiling on a pole, giving them their unique appearance. A canopy, which is basically a tiny metal cage covering the mounting bracket and support wires, is where the pole attaches to the ceiling.

Typically, removing this style of ceiling fan only requires a few simple steps. So, once you have identified your ball in socket styled ceiling fan, you can begin the process of removing it.

As you ascend the ladder, start by releasing the screws on either end of the metal canopy that protects the mounting bracket.

To access inside the casing at the ceiling and the main content of the ceiling fan, you might need to employ a very small, narrow screwdriver.

Next, carefully let down the canopy so that it sits atop the fan body after removing the screws.

To expose the wire nuts, you will likely need to pry out some wires, but when you’ve got those in your hands, you can swivel them around to release them.

Remember to reattach the wire nuts hanging from the ceiling after you have separated the fan wires from those wires.

The ball at the summit of the fan pole must then be slid from the mounting bracket while you’re still holding the entire light fixture in your hands.

Depending on the particular design, this link may differ significantly, but overall it should be quite simple to disconnect.

Just bear in mind to maintain a firm grip on the fan, since you’ll have to handle its entire weight after it has been removed from the bracket.

Once the fan has been removed from the ceiling and disassembled, you can carefully lower it onto the ground.

It could be useful to temporarily lay it on the top of the ladder, so you can rearrange your grasp and securely descend the ladder with the fan. 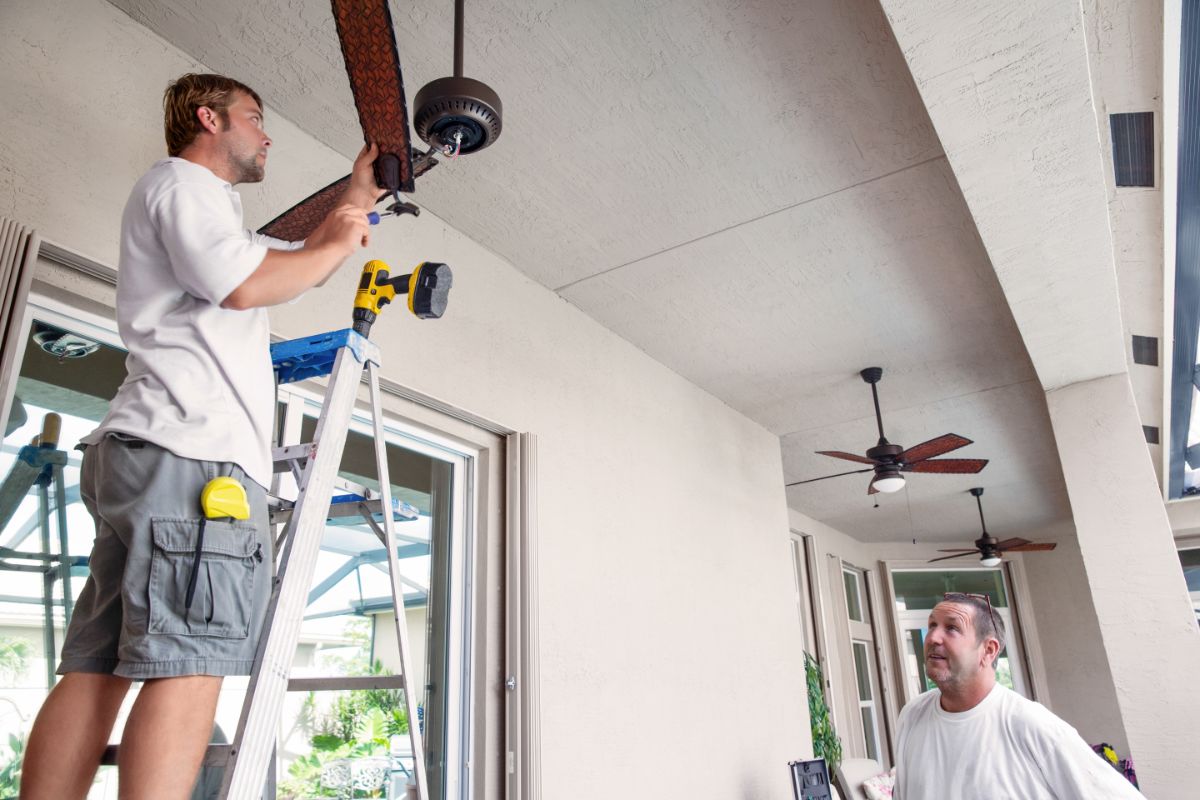 You might find it beneficial to have some assistance at this point, but it can be done alone if you’re careful.

Finally, use a screwdriver to disassemble the mounting bracket, which is typically fastened to the electrical box in the ceiling with two screws.

After removing the bracket, be sure to secure the screws inside the electrical box, so they are available to connect the following installation.

How To Remove A Flush Mount Ceiling Fan

Once more, before attempting this procedure, you should confirm that the fan you have is of this type.

Since the fan’s motor is flush mounted on this sort of ceiling fan, the ceiling is directly above it. Since the fan itself requires to be disassembled in order to access the mounting bracket, removing these ceiling fans involves a little more maintenance.

However, because they do not extend down as much as ball-in-socket style ceiling fans, they are suitable fans to have in areas that have low ceilings.

The light kit is often a removable tray that can be detached from many of the ceiling fans with lights.

Several types of ceiling fans have lightbulbs that can be removed by scaling a ladder and disassembling them, but other versions have covers that must be removed in order to remove the lightbulbs.

So, take the necessary steps to remove each and every lightbulb.

Step 2: Identify Whether Your Fan Has A Light Kit (And Remove It)

Next, if there is a light kit, remove it. To do this, remove the screws holding the light kit to the fan body.

The wires connecting the light kit to the fan will probably need to be cut inside. These should be only attached by wire nuts, which are unscrewed by turning them rotating clockwise.

The next part is simple; using your screwdriver, unscrew the screws that are attaching the fan blades to the ceiling fan, and carefully lower them to the ground.

Step 4: Unscrew The Fan Body From The Bracket

Next, unscrew the fan body from the bracket using a screwdriver, but being extremely careful to keep a grip onto the body as you do so.

Once the fan body has been unscrewed, it will still be attached to the ceiling by the wires inside. Therefore, you need to keep a good grip on it until you have detached all the wires.

To expose the wire nuts, you will likely need to pry out some wires, but when you’ve got those in your hands, you can swivel them around to release them.

Remember to reattach the wire nuts hanging from the ceiling after you have separated the fan wires from those wires.

The fan should simply slip out at this point, allowing you to safely remove it, and put it on the ground safely.

Again, we recommend that you have someone to help you lower the fan, as it can be difficult to move down a ladder while holding such a heavy object.

Finally, detach the mounting bracket from the ceiling, and you will have successfully removed your ceiling fan.

Whether you have a flush mount fan, or one with a ball in socket style, it is actually fairly easy to remove one from your own ceiling.

All you really need is a ladder and a screwdriver, and the job will be made much easier if you have a pal to help you along the way. Having said this, it is entirely possible to complete the task on your own.